While the prevalence of methamphetamine use among the general population in Canada is low, since 2013 there has been a dramatic increase in the availability and harms associated with methamphetamine in Canada. This trend is particularly true in British Columbia, Alberta, Saskatchewan and Manitoba. Understanding the impacts of the substance is essential to minimizing the risks and harms. CCSA brings together knowledge and provides targeted materials to support evidence-based decisions and actions for policy and practice.

Methamphetamine is a synthetic drug known for psychoactive effects. It is classified as a central nervous system stimulant and comes in a variety of forms such as powder, tablets, crystals and rock-like chunks. Depending on its form, methamphetamine can be snorted, injected, ingested or smoked.

Methamphetamine produces a euphoric high and can be used to increase alertness, energy and self-confidence. It also produces harmful physiological and psychological effects including headache, elevated heart rate and body temperature, hallucinations and delusions. Regular use is associated with an increased risk of addiction, psychotic symptoms and cognitive impairment such as memory loss.

Methamphetamine is often produced illegally in laboratories using inexpensive chemicals found in medications, such as ephedrine and pseudoephedrine. Illegal production can be dangerous due to the toxicity of other chemicals used and the high risk of explosions. 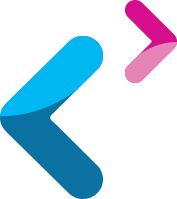 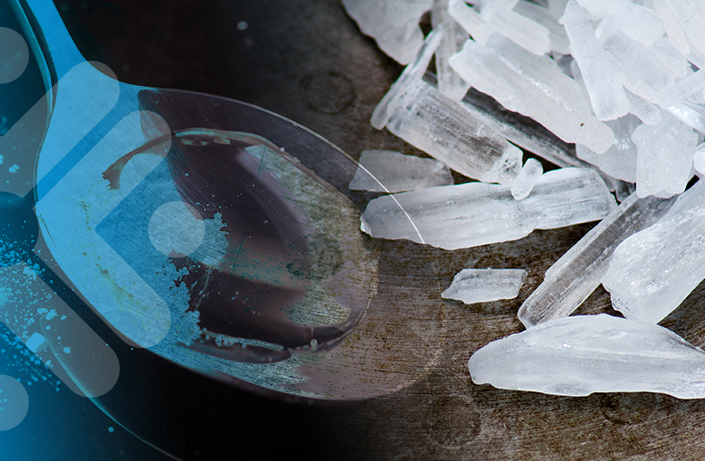 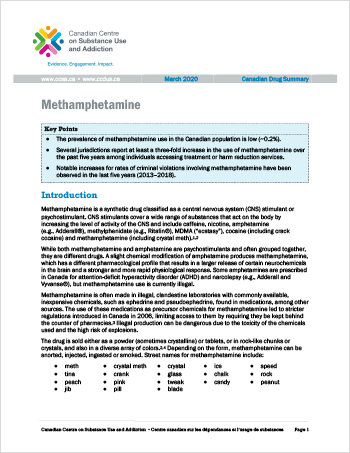 Read additional drug summaries on substances such as cannabis, prescription drugs and cocaine.

Are magic mushroom stores the next pot shops?